Locomotives snort and rattle across India, as documented by the successful SWR TV series ‘Eisenbahnromantik’.

The first tour by filmmaker Alexander Schweizer takes the audience on India’s only steam-powered rack railway through the untouched, wildly romantic landscape of the ‘Blue Mountains’. The ‘Toy Train’, a UNESCO World Heritage Site for 17 years now, travels through 18 tunnels and over 250 bridges in four and a half hours, ascending 2,000 metres.

The second tour entitled ‘Südindien auf breiter Spur’ (South India on a wide track) by Susanne Mayer-Hagmann takes the audience past major temple towns down to the southernmost point of the Indian subcontinent, Cape Comorin.

The third tour ‘Per Bahn zu Shiva und Buddha – Eine Reise von Indien nach Nepal’ (Taking the train to Shiva and Buddha – a journey from India to Nepal) by Susanne Mayer-Hagmann starts in the holy city of Varanasi, which also plays a role in one of this year’s Festival films and ends in the border town of Nautanwas, the final stop of the Indian railway network. The journey continues by bus to Kathmandu. Many of the places visited have meanwhile been destroyed by severe earthquakes. 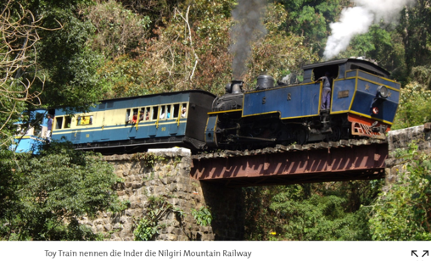 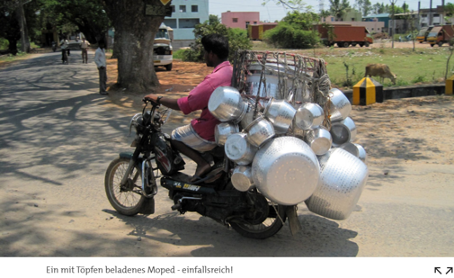 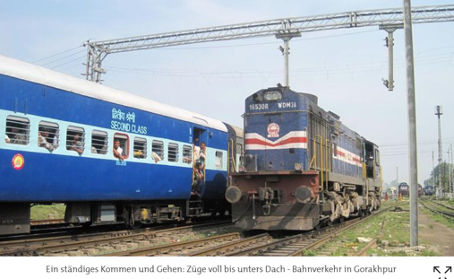 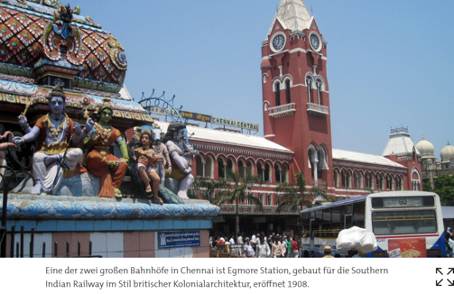