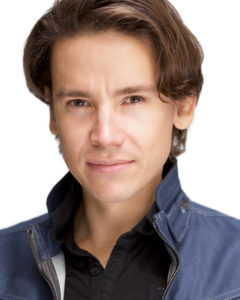 Andrei Severny has directed and produced visionary films, including the narrative feature ‘Condition‘ (2011), the documentary ‘Teaching to See’ (2012), the experimental art film ‘Gravitation: Variation on Time and Space’ with the American Ballet Theatre’s prima ballerina Diana Vishneva, and the documentary feature ‘Inside Risk: Shadows of Medellin’ (2016), which combines interactivity, audience participation and live performance in a genre-shattering glimpse into the future of the film-theatre space. Severny is also a noted visual artist and wrote influential articles on the future of cinema.