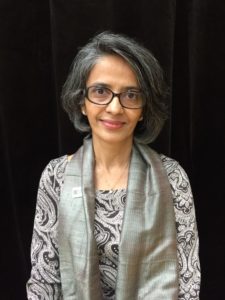 Shabnam Sukhdev has been working in the film industry for over 15 years. The alumna of the Film and Television Institute of India in Pune spent seven years in Canada working as a freelance artist. Like her first documentary film, ‘The Last Adieu’ (2014), portraying her father, who is also in the documentary film industry. Her film ‘Earth Crusader’ (2016) was shown at the Indian Film Festival Stuttgart in 2017.