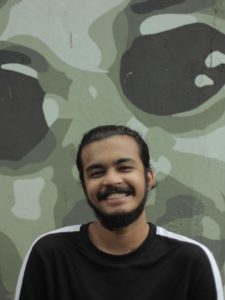 Born in Goa, India in 1997, Yash Sawant has a background in painting. His paintings were exhibited in Goa art galleries between 2013 and 2015. He dropped out of a bachelor course in Fine Arts Painting in 2015 to devote all his time to self-study filmmaking. Soon, he worked as director of photography on the Konkani feature film in ‘Welcome Millions’. ‘A Cold Summer Night’ is his debut short film as a writer and director which he also shot and edited. The film had its world premiere at the Locarno Film Festival 2018 and Asian premiere at the Busan International Film Festival.