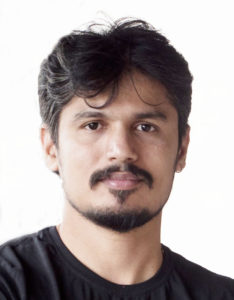 Ere Gowda was born to a farming family in the Mandya District of Karnataka in 1981 and came to filmmaking only much later in life. He rose to fame with the Film ‘Thithi’, directed by Raam Reddy – for which he is credited as script writer, second unit director, line producer and casting director. The film ‘Thithi’ has won 14 top awards at film festivals around the world, including the prestigious Swatch First Feature Award and the Golden Leopard for Best Feature at the Locarno Film Festival 2015. ‘Balekempa’ was his first fiction feature as a director, which won him the FIPRESCI Award at the International Film Festival Rotterdam.