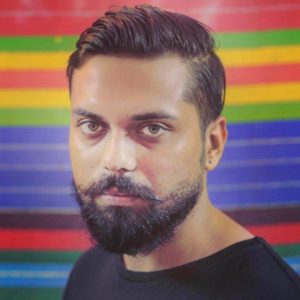 Ishan Sharma in currently a final-year direction student at the prestigious Satyajit Ray Film and Television Institute in Calcutta, India. His first short film as a director, ‘The Day he Sleeps’ has won the Best Film Award at the River to River Indian Film Festival in Florence, Italy. Ishan Sharma has also worked as a chief assistant director for various films in India and enjoys writing poetry in his free time.