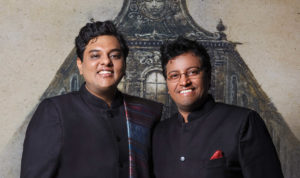 Judhajit Bagchi and Ranadeep Bhattacharyya are a director-duo based in Mumbai, India, who have made ads and short films and are currently working on their first feature film under their production house Yaanus Films. They are the first-ever Indian filmmakers to win the coveted Cannes Dolphin consecutively in 2015 and 2016, along with winning international acclaim. They have also produced and directed the award-winning short film ‘Amen’ on the issue of child sex abuse and gender identity.