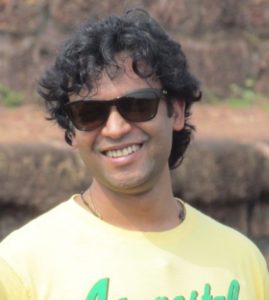 Nitin Shingal is an MBA who left a corporate job to pursue filmmaking. He started his career as an assistant director with Yash Raj Films and Vinod Chopra films. In 2007, he directed his first short film ‘Kindle’, which was officially selected for the Indian Film Festivals in Stuttgart, Florence and Rome as well as for the Karachi International Film Festival, and was nominated in the Best Short Film category. He has also worked on commercials and was second unit director for the television series’ Seven’ produced by Yash Raj Films. ‘Rice Bowl’ was his second short, but first animated film and ‘Raaya’, his third short film, has also been selected for international festivals. ‘Letters’ is his latest short narrative. Most recently, Nintin Shingal has directed a feature-length film for a digital platform.