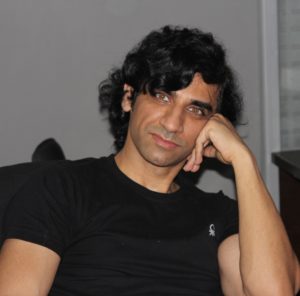 Pankaj Johar left his job as a financial consultant when he was 24 to pursue his passion for films. He worked as a television producer with India’s leading broadcasters for eight years, producing shows on subjects that ranged from global warming’s impact on Arctic ice to the Sri Lankan conflict. He founded his own production company in 2008 and has since directed and produced four feature films, all of which have been praised by critics. His film ‘Cecilia’ had its world premiere at IDFA 2016. It won Best Documentary Film at the Indian Film Festival Stuttgart and was recognized as one of the best films of the year by the Indian Documentary Producers’ Association.