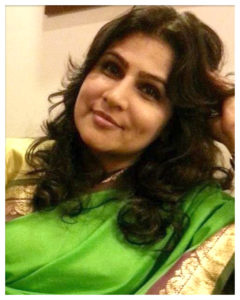 Pankaja Thakur is an IRS-officer (Indian Revenue Service). She took a three-month-course in film making in Singapore. In 2009 she made a short film called ‘The Inseparables’. In 2010 she was appointed as CEO of the Central Board of Film Certification (CBFC) for three years. She is currently working as an additional commissioner for Central Excise & Service Tax in Nasik.