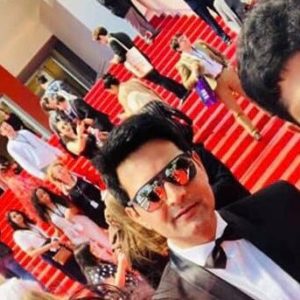 Rahat Kazmi’s interest in Urdu poetry and storytelling brought him to the film industry.  He grew up in a Sufi family in the Indian state of Jammu and Kashmir, and started his career writing and directing for a local TV channel until he moved to Mumbai. Nowadays he is working as a director, producer and screenwriter. His feature film ‘Identity Card’ (2014) has received many national and international awards.