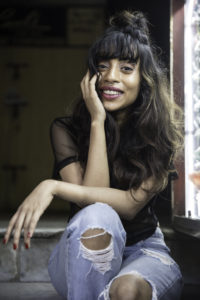 Reema Sengupta is a young writer, director, and editor based in Mumbai. She has directed films, music videos, commercials, interactive video installations etc. across India, the UK, South Korea and the US.
She was awarded the prestigious Asian Film Academy Fellowship (2012) and represented India at the Busan International Film Festival. The International Green Screen Lab 2012 selected her first feature film script.
Her first short ‘The Tigers, They’re all Dead’ has won several awards. She graduated from the University of Westminster, London in 2012. In 2014 she founded CATNIP, a niche production house. As CATNIP’S writer-director, she has created over 200 videos for leaders in international entertainment in India. She is currently writing her first feature film.