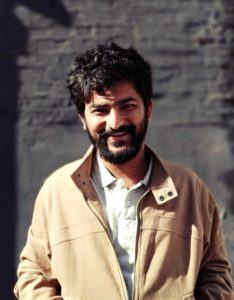 Safdar Rahman is a film practitioner based in Calcutta and Mumbai. After having directed a few plays at school and in college, Safdar Rahman worked as a class teacher in a school in East Delhi. He founded and runs a non-profit organisation called ‘Red Lorry Yellow Lorry’ which works in the sphere of education and the arts.
In 2014, he started working with the Maverick Film Company, where he has worn many hats over the years before venturing out on his own, and partnering with his wife Celine to found Travelling Light.
‘Chippa’ is his first cinematic directorial venture.