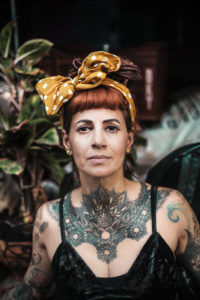 Sapna Moti Bhavnani was awarded the ‘IBelieve’ award and the ‘FemEmpowerment’ Award for her work with ex sex workers. Currently she is writing a book and starting the festival journey with her directorial debut documentary called ‘Sindhustan’. The film was picked as one of the 24 films to pitch at DocEdge Kolkata where it won The Griffith Film School Award.