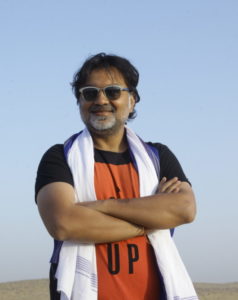 Srijit Mukherji is one of the leading filmmakers, screenwriters and lyricists of India. He is known for his critical as well as commercially successful films like ‘Autograph’ (2010), ‘Baishe Srabon’ (2011), ‘Jaatishwar’ (2014), ‘Chotuskone’ (2014) and ‘Rajkahini’ (2015) among others.
‘Jaatishwar’ won four National Awards in 2014 and Srijit Mukherji won two more the following year for his film ‘Chotuskone’.
‘Rajkahini’ was an official selection at 16 international film festivals including Indian Panorama 2015, IFF of Kerala 2015 , Imagine India IFF at Madrid 2015 and many more.
His latest film ‘Uma’ has been an official selection at seven international film festivals in 2018.