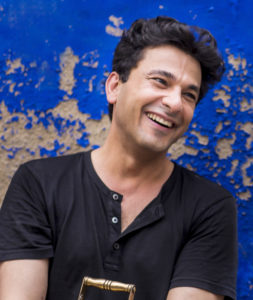 Vikas Khanna is an award winning, Michelin-starred Indian chef, restaurateur, food writer, filmmaker and humanitarian based in New York City. Deutsche Welle named Khanna in the list of ‘10 most influential chefs in the world, who have changed our eating habits’. Khanna is the creator of ‘The Holy Kitchens’ documentary film series that explore food sharing traditions in different faiths. A movie about his life was created by America-Russian filmmaker Andrei Severny and will be shown at the 16. Indian Film Festival Stuttgart 2019. ‘The Last Color’ is his directorial debut feature film.